Salt Lake City, Utah has been less inviting than what we thought it would be for or trip west. It's a big city with heavy traffic. We are at the Pony Express RV Resort on the northern edge of Salt Lake City, just off of I-15. Smoke from the forest fires is real thick today but temperature today was finally well below 100 degrees. Traveling to anything you want to see is an ordeal with traffic and distances being 75 to 100 miles or more. The Temple Square and Mormon Temple in downtown Salt Lake is not easily accessed. Heavy traffic with no parking in site and there is a ten foot wall around the entire area. We gave up on seeing it. We leave Saturday, heading east on I-80 and I-25 to Denver Colorado.

We did drive north today to the Golden Spike National Historic Park north of Brigham, Utah. That was a 90 mile drive, one way but worth the trip. The railroads met there on May 10, 1869 and drove the final "golden Spike" that linked the east and west. The site was busy with railroad construction workers and became a small town called Promontory, Utah. It was dismantled in 1869 when it was no longer needed. The park site where Promontory was located, north of the Salt Lake and 35 miles out in what looks like desert area. There is a lot of history here at this small historic park so I have a lot of photos.

An unexpected find was the large Northrup Grumman plant that tests (makes?) rocket engines, not warheads or satellites, for military and NASA. It's just north of the Golden Spike so we drove to it. The plant is spread over the hills in an area of a few miles in length. It appears to be empty, just a few vehicles here and there in the parking lots. There is the ATK Rocket Garden in front of the office building. Below the Golden Spike photos are a few photos of rocket engines. 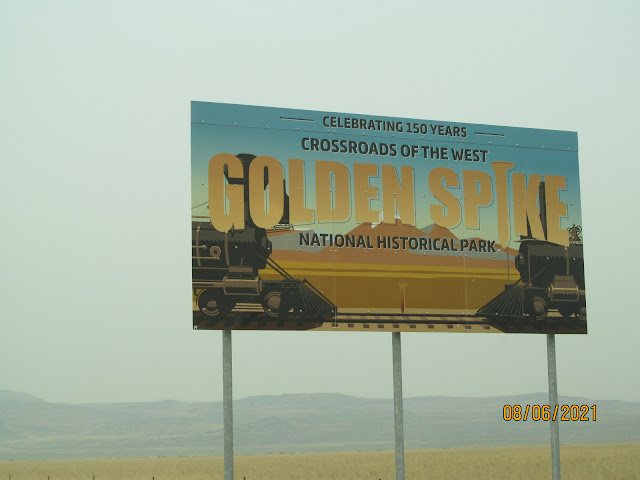 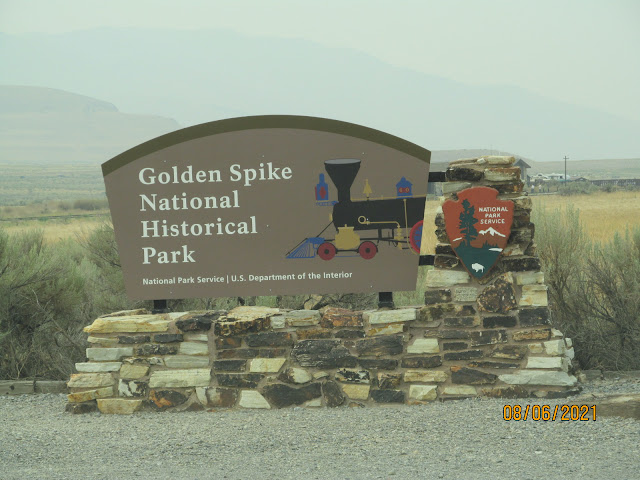 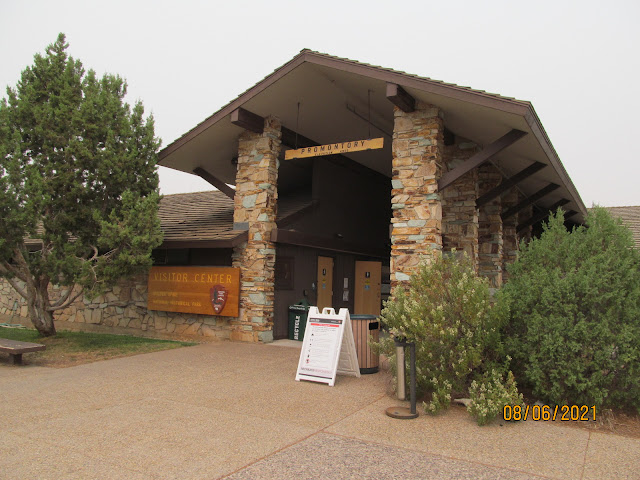 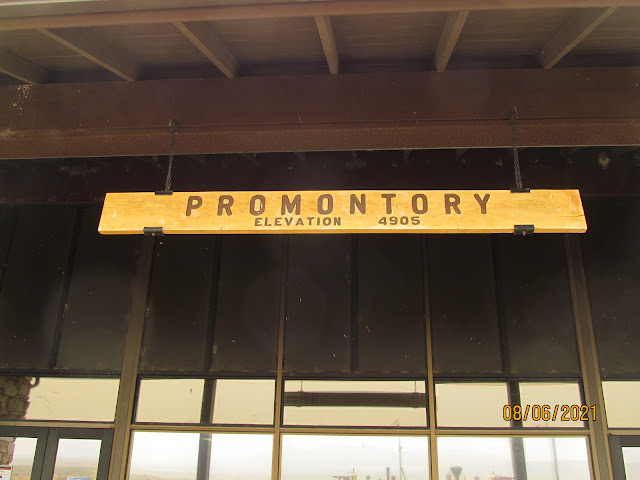 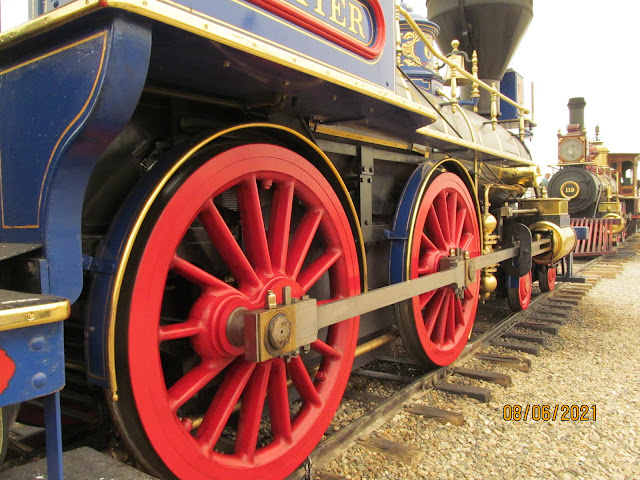 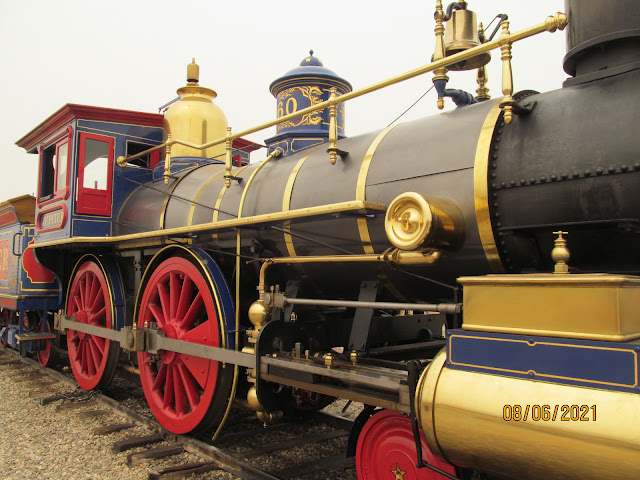 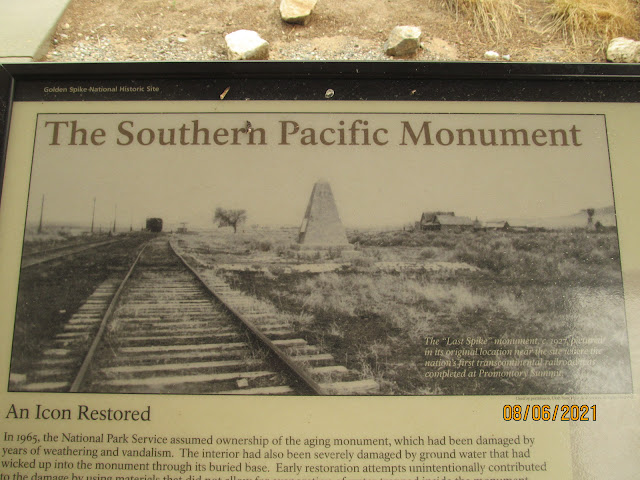 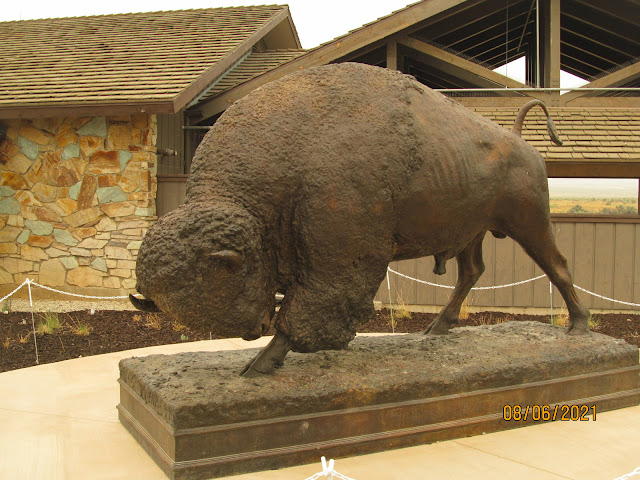 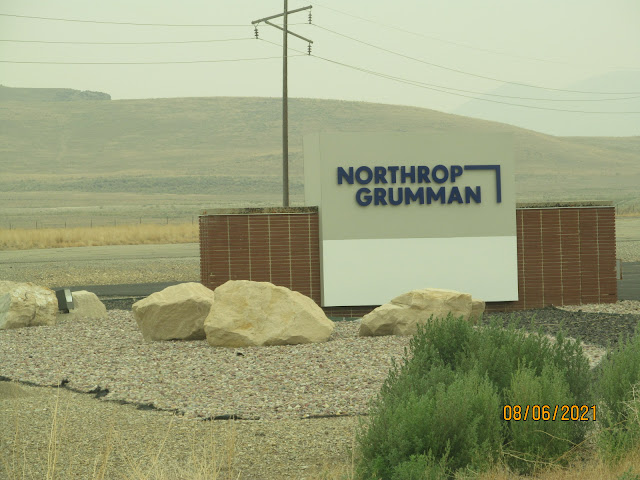 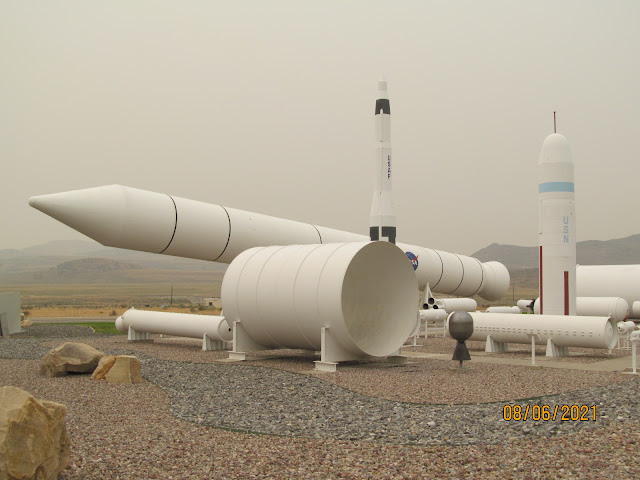 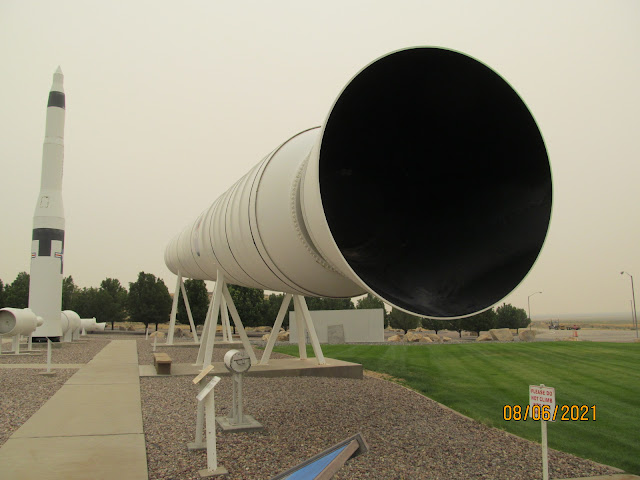 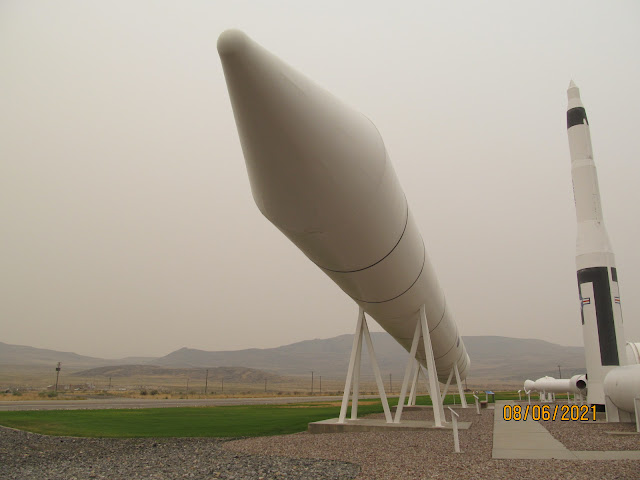 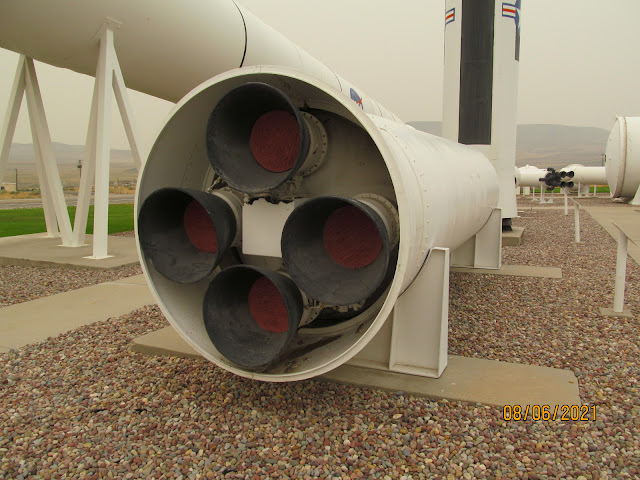 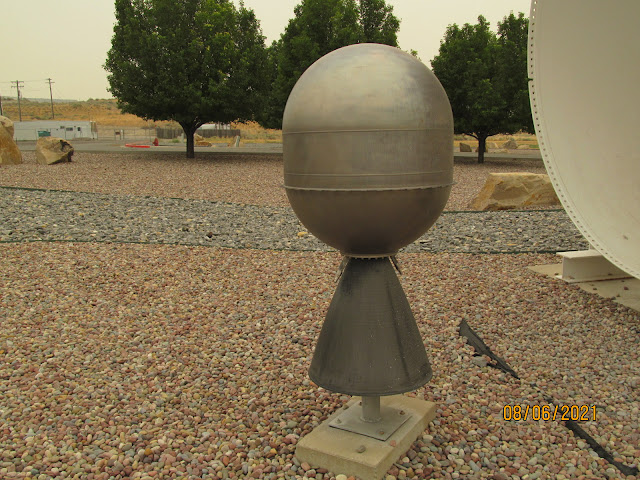 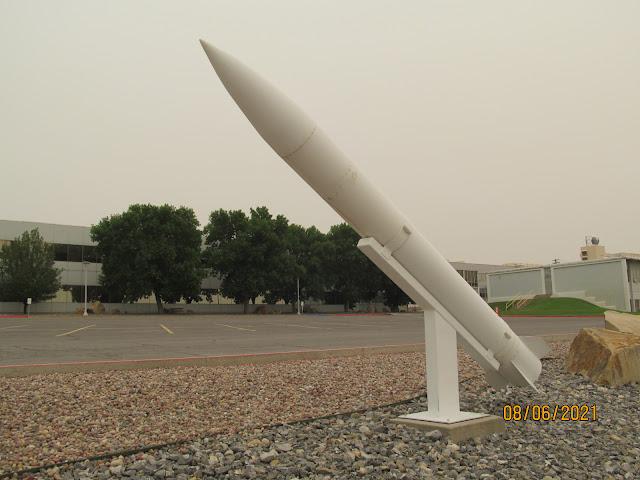