Christmas in Florida does not feel like Christmas when you have lived in Indiana for 65 years. The forecast here is 85 degrees today, sunny and somewhat humid. Air conditioners running on Christmas?

We arrived at our Adelaid Shores winter site at 6:00 pm after a nine hour drive from Hilton Head Island. Some daylight until 5:45 pm was helpful and somewhat better than Indiana which is probably dark by 5:15 pm. It's still difficult to back in in near darkness. We went from near freezing with jackets to sweating while setting up on site with biting mosquitoes. Our air conditioners are running instead of the diesel furnace.
We can take this weather OK! Now we need a Christmas tree.

The Jeep towed fine but it caused problems when disconnecting because it would not engage the transfer case. After 15 minutes of aggravation, it's finally in gear with no error codes. It appears to be a procedure problem. There are 21 steps to connect up for towing and 17 steps to disconnect and get it ready to drive again. One wrong move and we will be calling the roll back again. What a pain.

We left North Carolina on Thursday (Jeep in tow again, not on a rollback) and arrived at Hilton Head Motorcoach Resort Thursday afternoon. Our friends Bob and Jan own a lot so they suggested we stop in. We rented the lot next to them for three days. The entire area was damaged by the hurricane. Bob said there were 500 trees that suffered damage in the resort. Most of it has been cleaned up and now the sun shines through the remaining trees. The island still has piles of brush and logs along the roads but everything is about back to normal. Crews are still hauling these piles out, seven days a week. If you wanted firewood there is enough to supply all of the southeast states for the winter. The live oaks seemed to survive well.

Most of the trees are green, making the island look like summer instead of the dead of winter we are used to up north. Temps dropped as we arrived due to the cold front that was following us as we moved south. Low last night was about 40 degrees, way too cold. Tomorrow, Sunday, we are heading to Avon Park, Florida, our site for the winter. The day time temperatures there are low 80's and low 60's at night.
Next stop: Florida.

Spencer, North Carolina is located north east of Charlotte on I-85. We are at a campground in the area, saw the Museum sign and decided to visit. Entry fee was $6.00 each plus $4.00 to take a short train ride. It turned out to be a bargain for the small fee. It's a large site that was a railroad yard and repair center. The State of NC and a foundation operates the museum. When you think of a museum, it's usually in a building. This museum involves many buildings on many acres. Lots of railroad history plus some auto and airplane history. The largest building was the Back Shop where locomotives were overhauled. That building is the size of two football fields. It was the largest building in North Carolina for many years. It's being renovated and will contain more displays including a Piedmont Airlines DC-3 airplane. That building opens next year. Here is the link to the web site http://www.nctrans.org/ for more details.

The North Carolina Transportation Museum Foundation has a number of volunteers and some of them actually restore locomotives and train cars in the roundhouse. If you have ever stood next to a locomotive, you can imagine the work that it would take to do restoration. Just the size of the bolts would be a struggle to work with. During operation, these engines required inspection every 125 miles and major work every 250 miles so in their day, there was plenty of employment in the railroad business. At it's peak, 3000 people worked at Spencer.

The site began in 1896 and closed in 1977 when it was turned over to North Carolina. The first museum exhibits opened in 1983. The 37-stall Bob Julian Roundhouse is very interesting. The turntable in the yard would rotate a train to connect with the track that went into one of the 37 stalls. Inspections and minor repairs were done at the roundhouse with major repairs in the large Back Shop building.

For a history of steam locomotives visit this web site https://en.wikipedia.org/wiki/Steam_locomotive

I took too many photos to load here but here are some of them: 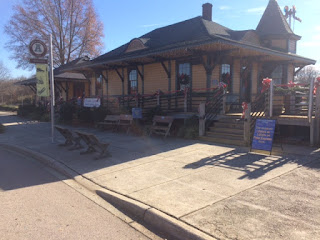 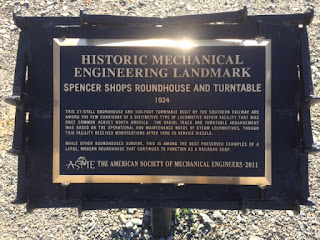 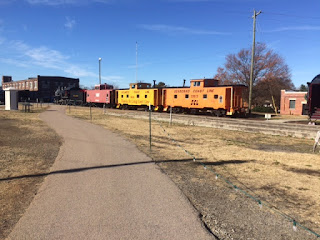 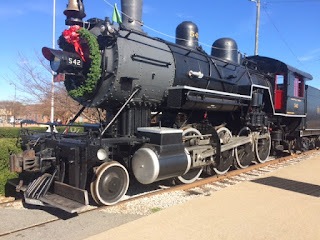 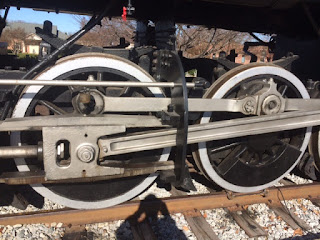 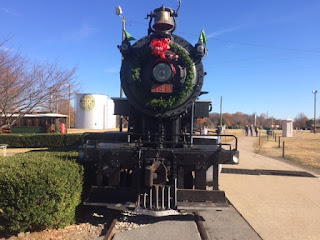 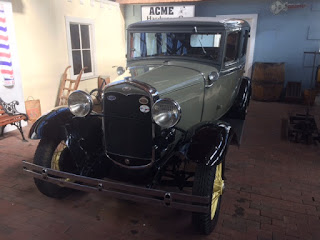